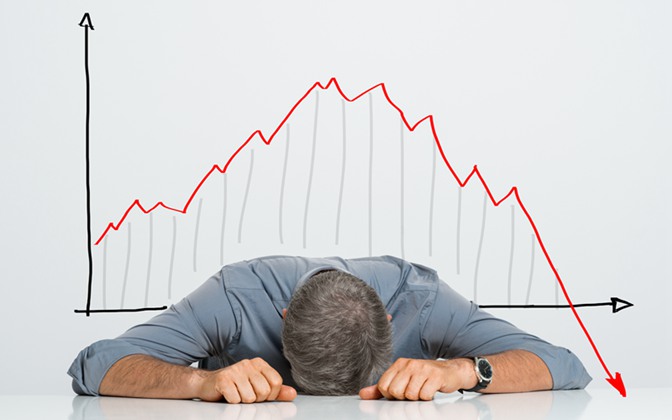 Stock market crashes are typically caused by investment bubbles that lead to bursts, followed by massive sell-offs and panic that result in dropping market prices and drastically reduced investment portfolios.

Analysts have a wide variety of strategies for handling investments during stock market crashes that range from short-selling to buying assets as prices drop (called “dollar-cost-averaging”) to increasing diversification within the portfolio.

This article is going to give you an overview of historical stock market crashes and provide some common strategies for dealing with these drastic market downturns. There will also be a discussion of some insights that you can explore on your own that can provide a basis for the research you must do as part of formulating your own investment strategy during difficult times.

There have been 5 major stock market crashes in the United States that affected the entire world.  Here is a brief summary of each, and what we have learned from them, starting with the most recent case:

Originating in Wuhan China, a coronavirus (also referred to as COVID-19) compromised manufacturing in China which then led to supply-chain disruption. The worldwide panic that followed sent global stock markets into turmoil. Resulting measures to control the virus included isolation and social distancing, wreaking havoc on local businesses and bringing much of the economy to a halt.

Major market indexes like the S&P 500 and Dow Jones Industrials experienced severe volatility in the form of daily swings in both directions, in addition to the fastest declines ever experienced.

The huge increase in the 1920s was mostly fueled by widespread purchases of large commodities such as houses and automobiles. As a result, speculators put a lot of money into the markets thinking that the “good” times were going to last forever.

A huge factor was that investors borrowed money to make these investments and when the market bubble popped they couldn’t repay their debts - resulting in a cascade of unpaid obligations that led to bankruptcies.

After several days of descending prices, the fourth day - known as “Black Monday” - brought a sharp drop of 12.82%. This led to the “Great Depression” and it would take the U.S. economy 12 years - and a World War - to finally recover.

Commonly referred to as “The Second Black Monday” - the stock market crash of 1987 brought again the largest single-day of market losses in U.S. history.

Like the first crash of 1929, this particular crash was also fueled by speculators and highly-leveraged borrowers with the added element of technology that catalyzed the high selling activity that took place using computers.

Investment vehicles like margin (borrowing) pumped up share prices prior to the October 19th “Black Monday” event. After reaching a peak, speculators pivoted suddenly and began the huge selloffs that caused the investors to panic and begin the aggressive selling that brought the entire markets down to record lows.

After all was said and done, the stock market lost 23% of its total value. To confront the issue that created such an loss, technology experts upgraded the infrastructure to allow features that would act as “circuit breakers” preventing these types of events from occurring in the future.

After this period of restructuring, the market stabilized and the economy experienced another bull run that lasted 12 years.

The 90s brought the internet which revolutionized communications and created many new types of businesses centered around this technology. Many new companies were created as investor interest was directed towards the businesses aiming to take advantage of the changing commercial landscape.

Some of these new businesses were viable and successful while others were either unfeasible or just scams. The hype surrounding many of these companies directed huge amounts of investor capital and once the bubble was popped investors started dumping these highly-inflated tech stocks. The tech-oriented NASDAQ exchange fell 80% over this time period, from 5,0000 in early 2001 to 1,000 by 2002.

Recovery was made possible after analysts undertook a more accurate evaluation of the real-world viability of these companies. Once investor confidence was restored, the market reacted accordingly and began to recover.

The collapse of 2008 was largely caused by the widespread use of mortgage-backed securities that were sold by financial institutions to pension funds and both large and small-scale investors.

These mortgage-backed securities were created from the huge amount of loans given to people to buy homes - many of whom were unqualified to pay for them as a result of relaxed industry rules. After a period of payment default, home selloffs began to occur resulting in sharp declines of home prices. This then triggered an associated decline in the value of the mortgage-backed securities, sending many financial institutions into bankruptcy.

For those that aren’t aware, the banks that made these loans were the recipients of the U.S. Congress bailouts that effectively transferred trillions of dollars from U.S. taxpayers to this industry in the form of debt. After this transfer was made, the economy began to “recover” in late 2009.

So, how can we protect assets from a market crash and bear market?

Strategies to Use While Stocks Are Going Down In Bear Market

1. The “Buy and Hold” Strategy

“Buy-and-hold” investors are generally interested in the long-term trajectory of the stock market and often do not fear bear markets - however this is not always the case for full stock market crashes.

It is very important to research the viability of each stock in the context of its industry, and assess that against the historical value, determining if the company can survive the crash event and prosper in the aftermath.

Short-selling involves “borrowing” the investment instrument from the broker and selling it at the current price using a contract that allows you to buy it back at a future date. If the price is lower, the investor pockets the difference. If it is higher, then the investor has to pay the difference.

This practice is extremely risky, firstly because of the use of leverage (borrowing money) to hold a position, and second because there is literally no limit on losses because there is no cap on how much a market can rise.

There are a few ways to short-sell, as follows:

Derivatives or CFDs are purely speculative instruments that take their price from the underlying market price and allow a trader to make gains or losses based on price movement without owning the asset. 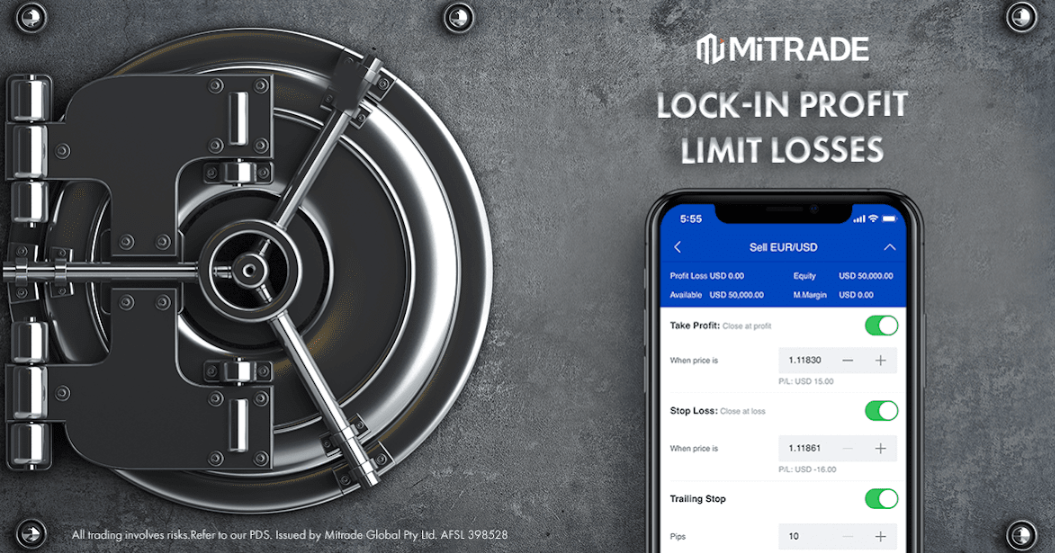 Options are similar to derivatives in the sense that they give investors the right (but not the obligation) to enter into a contract where they can buy or sell an underlying asset at an expiry date at a specific price. Like derivatives, these are commonly used for pure speculation and remain to be a popular way for investors to hedge against falling share prices.

Inverse ETFs (or short exchange-traded funds) pay out profits when the underlying benchmark of the ETF goes down in value.

This investment instrument is similar to CFDs, with the exception that the underlying asset is owned. They are not considered to be long-term investment vehicles because they are bought and sold daily and commonly used by investors to hedge their stock portfolio against short-term declines.

Since the maximum loss is the amount invested, they are considered to be a less risky alternative to short selling with CFDs.

Gold is considered to be a “safe-haven” asset that typically retains or increases in value while the rest of the market declines. Since these assets are negatively correlated with the economy, they are often used by investors and traders to park their money during market declines.

The Future of Gold Price - Expert Forecast and Predictions

Buy, Sell And Store Gold In Australia - The Ultimate Guide

Defensive stocks are stocks in companies that provide staple goods and services such as food, internet, telephone services, utilities, and other “blue chip” companies.  Many analysts recommend buying these stocks because these products are needed regardless of the state of the economy.

There is plenty of focus being placed on growth stocks because investors can profit on price changes. The reality is that these types of stocks often suffer the most in bearish markets due to hype overshadowing the lack of strong fundamentals, making them overvalued.

Dividend stocks are those that pay investors an amount of money every period from the company profits. These types of stocks are an effective way to find valued companies during a declining market because while a company’s share price might take a hit, the fundamentals of the company are still likely to be solid.

Reliable companies hold up well under stress and can survive to recovery even if their share prices decline.

Dollar-cost averaging is a strategy of buying shares when markets go down in order to obtain the lowest “average” price of a share, using set amounts of money.

This strategy allows an investor to avoid buying a position at a peak or selling it at the bottom.

Reinvesting dividends enhances the performance of an investment portfolio. This is similar to a business reinvesting its profits into the business to make future gains.

All stock market crashes have several characteristics in common. They are often preceded by a bubble, leading to a burst and consequent sell-off.

Learn to recognize the signs of a market bubble, especially when it seems the economy is growing without a corresponding rise in the real employment rate. Government investment programs, inflation, loose monetary policy, and other factors tie into times of “false” growth that inevitably leads to crashes.

Not all stocks in the market are overvalued and subject to a crash, so make sure your portfolio is well-diversified with stocks from various defensive industries. This will ensure that losses from any overvalued stocks do not profoundly affect the overall value of the portfolio.

There is no tried-and-true formula for how to handle your investment during a stock market crash. The factors that go into how crashes happen are fairly standard, and the lessons learned can be used to avoid financial ruin in future events.

The most important thing an investor can do, according to the experts, is to do their research and make sound investments in solid companies.

Are you prepared for the rough ecomonic and bear market? If you want to find potential opportunities from the moving markets, The above ways are worthwhile to diversify your portfolio.

Of course, Investing may not be suitable for everyone. So do your research, invest for the long-term and invest wisely!

CFDs offer you the chance to profit from the movement of price. You do not own any interest in the underlying assets. You can trade in both directions, and get more position by using leverage. 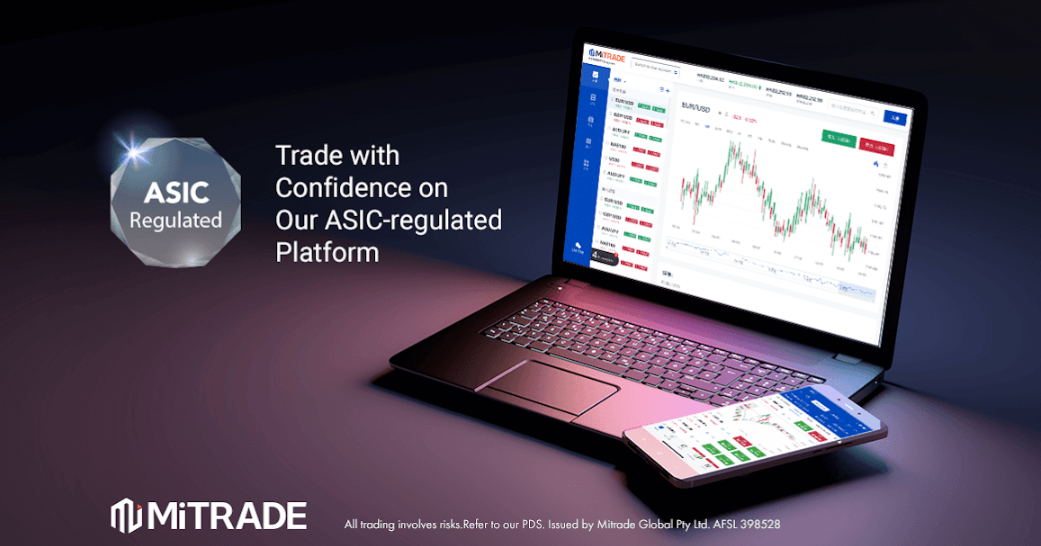 CFDs are a leveraged product and can result in the loss of your entire capital.