Elliott Wave Patterns: How to Ride the Waves to Profitability

Author
Suzie
|Updated July 6, 2022 09:35
410
Table of Content
What is Elliott Wave theory?Nine Degrees of Waves The Basic Principle of Elliott WaveMotive Waves Corrective WavesThe Personality of Each Wave The Relationship Between the Elliott Wave and the Fibonacci RatiosFractal Nature of Elliott WaveHow to Use Wave Theory in Trading?

Elliott Waves is a theory that belongs to technical analysis. American accountant Ralph Nelson Elliot developed the Elliott wave theory.  Elliot discovered there is more in the market than meets the eye. While other traders saw chaotic formations, he discovered common patterns in every market.

This guide seeks to explore the Elliott wave patterns. By the end, you will be a guru. However, you need to put the theory into practice to reap results.

What is Elliott Wave theory?

Elliott wave theory (Elliott waves) is also often referred to as wave theory. It supposes that the market moves like tidal waves, one wave after another, and since the patterns recur repeatedly, it is an ideal tool for predicting the future price movement.

Essentially, the Elliott Wave Theory (EWT) states that market movements follow the natural sequence of the psychological cycles of the crowd.

EWT is mainly used to determine the stage of the trend and whether the trend has reversed. However, it is often used with other technical analysis indicators because it is difficult to use for accurate analysis.

Elliott Wave is not an indicator or trading technique. It describes in detail how the market behaves. 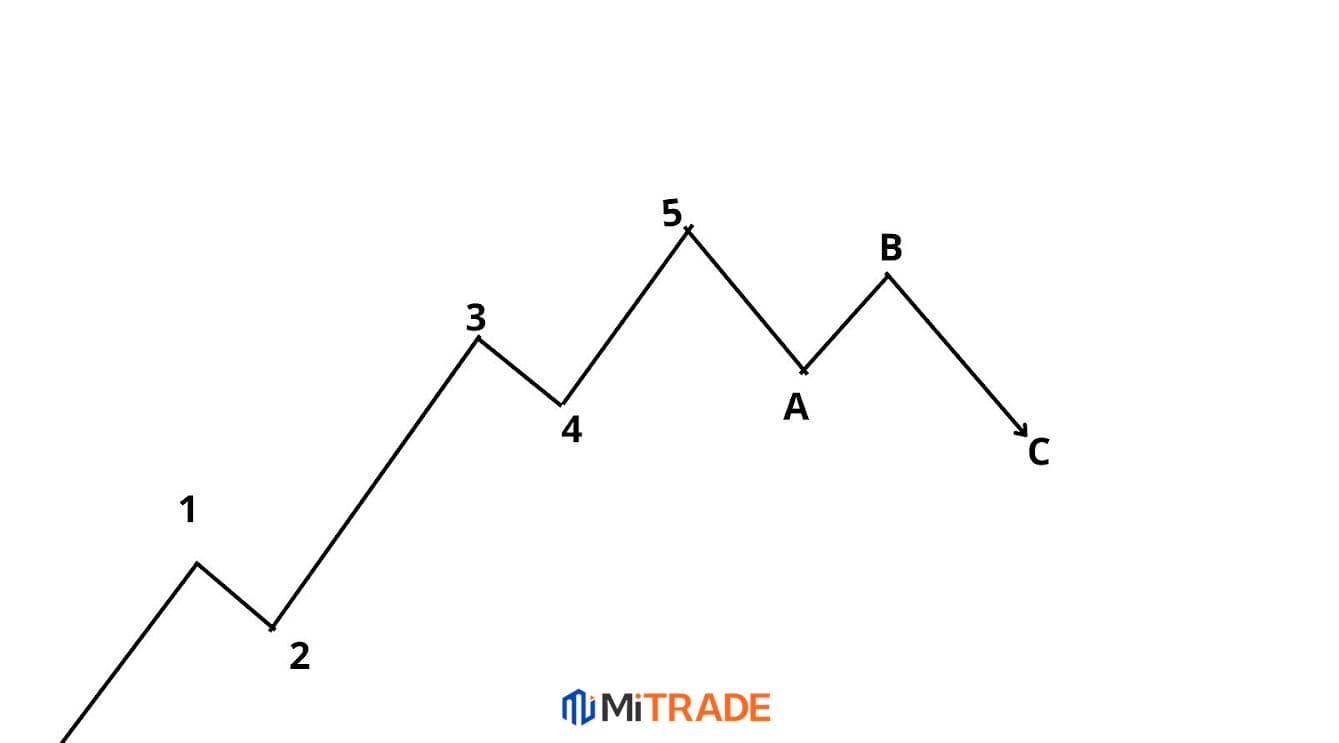 As mentioned, the waves appear in short-term and long-term charts. Therefore, Elliott divides the waves into nine subcategories depending on the period.

● Supercycle- A multi-decade cycle forming after 40 to 70 years

● Cycle - extends from one year to several years, sometimes in several decades

● Primary - a cycle that takes months or several years to form

● Minor - A  minor cycle completes its formation after several weeks

● Minute - A cycle that completes formation in several days

● Minuette-  the waves are observable after hours

Since smaller patterns can be identified in the bigger patterns, you can, therefore, use the pattern to identify trading opportunities that offer suitable risk-to-reward ratios.

The Basic Principle of Elliott Wave

The basic structure of the Elliott wave is a wave formation consisting of five motive waves in the direction of the larger trend followed by a corrective three-wave formation going against the higher degree trend (5-3). The price advances high or down as the waves advance.

The five waves of the motive wave are labeled 1,2,3,4, 5, while three-wave corrective waves have labels a,b, and c.

The larger corrective wave has a three-wave structure labeled ABC. It is also a motive wave moving in the direction of a higher degree trend.  A and C are motive waves, while B is against the trend hence corrective.

The formation finishes at a higher price during an uptrend than it started during a bull market. Ultimately, the expectation is that the market will form another five-wave structure after the end of the correction.

The impulsive move is in the direction of the trend. After the complete formation of the five-wave motive wave and three-wave corrective wave, a whole cycle is deemed complete. The motive and corrective waves alternate with each other.

The motive moves in the direction of the primary trend. There are three more variations which include the following：

In fact, the motive wave is more correctly referred to as motive sequence due to these variations.

The impulse wave has a typical formation of five waves, three motive and two corrective waves. The impulse with extension has elongated impulses simply referred to as an extension. Essentially, these impulses are mini waves that occur in any motive wave 1,3,5 but are usually found in the third wave for stock markets. However, these extensions appear on the fifth wave in the commodities market.

Motive waves do not necessarily have to be in impulse, but they move in the primary trend direction. This is why we prefer calling them a motive sequence, an incomplete sequence of waves that can also be corrective. Depending on the sequence of the waves (swings), you can expect it to extend in the existing direction. 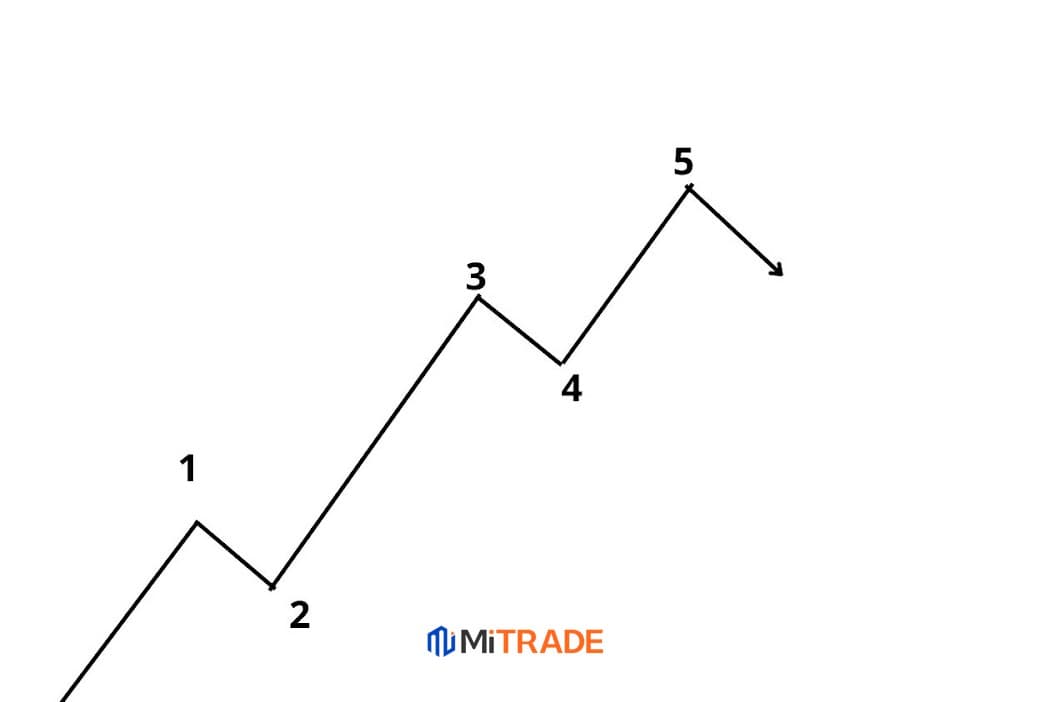 ● Wave 3 can’t be shorter than the motive wave

● Wave 4 should be above the last point of the first wave. 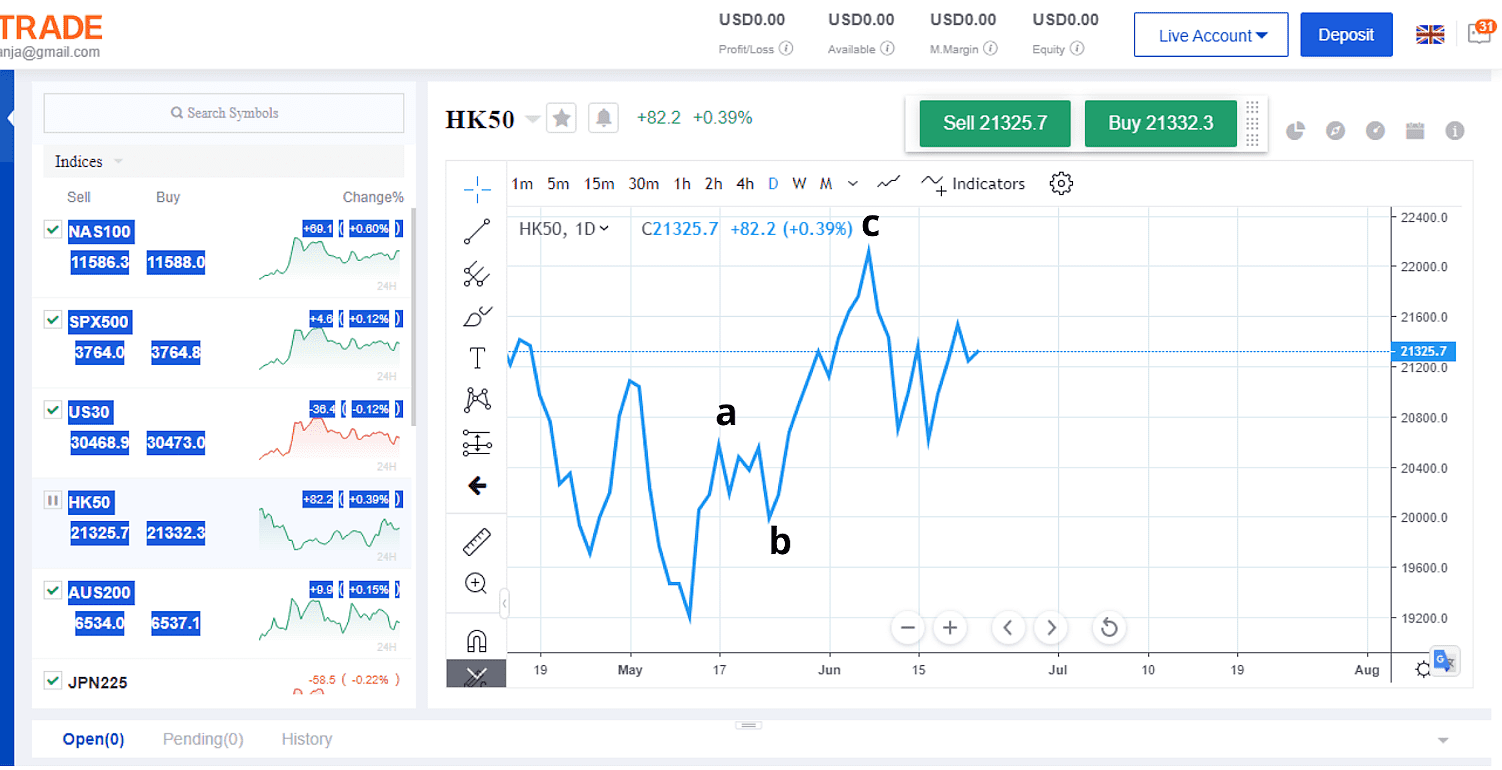 Corrective waves move against a greater degree trend and tend to be less identifiable than impulse waves because they come in myriad varieties. Corrective waves can appear in trends and countertrends. Essentially, they move in three, never in five.

The corrective patterns can be divided into:

The zigzag corrective wave consists of three waves ABC. Waves A and C contain five impulsive or diagonal waves. Wave b is corrective. Generally, it takes the structure of 5-3-5 waves.

Just like zigzag, the wave has the label ABC. However, it takes a 3-3-5 structure. The first and third waves have a subdivision of 3 waves, while wave C has five waves.

Triangles tend to move sideways and have a 333 structure.

Doubletree combines any two of the flat, zigzag, and triangle formations.

The Personality of Each Wave

The Relationship Between the Elliott Wave and the Fibonacci Ratios

One of the key Fibonacci ratios is 0.618, derived from dividing a Fibonacci number with the one that follows it in the sequence. The rations are expressed as percentages, i.e. 61.8%.

Integrating Fibonacci levels in the Elliott wave theory can help you accurately predict reversal points. The wave structure tends solto have a relationship with the ratios.

You can therefore use these Fibonacci levels to determine the right trade entry points.

The Elliott wave theory has a 5-3 structure. In the motive phase, there are five waves. Within the first wave, you will notice another five-wave structure and three-wave waves on the second wave of the bigger wave. Essentially, similar patterns form on a smaller scale and a larger scale.

A fractal is a part of a geometric or curved figure with the same statistical characteristics as the whole. The pattern occurs when the wave structure expands and contracts. To put this in clear terms, you will observe the 5-3 formation in the bigger structure.

As per Elliott's theory, the market is fractal in nature. Regardless of how small or big the wave degree is, the motive wave is formed by a 5-wave sequence, while the corrective wave consists of 3 waves. The celebrated accountant noticed that the patterns forming on higher degree trends are mirrored in lower trends.

How to Use Wave Theory in Trading?

Elliott's wave theory suggests that by studying historical prices, one can reasonably predict stock price movements. Because the market is driven by investors' emotions, it will move in waves, and there are some points to note when you use it.

1. The principles of wave theory rely heavily on market sentiment and I suggest combining the fear and greed indices to see if there are similarities between the index and the trend you are analyzing.

2. Although there are waves when you look back, it is actually very difficult to predict them accurately in advance. If any of the waves do not meet any of the rules, then the wave needs to be recalculated.

3. The best time to use wave theory is to guess that wave 3 has just formed and that it is an opportunity to enter when wave 3 is about to break after wave 2 has ended. If wave 3 forms later, there will be a follow-on trend. However, it is possible to misjudge or fail to break through, or the wave is not really formed.

4. Another opportunity is when the 4th wave ends and the 5th wave is about to start breaking out of the 3rd wave's previous high. At this point,  the wave is shaping up with more certainty, but it is risky because wave 5 could end in a reversal at any time.

5. The theory was proposed in the 1930s, and market psychology and crowd behavior may have evolved with the times, so it is worth considering whether it is still in line with today's investment psychology.

Elliot wave is very helpful. However, it is not a trading technique. Many traders do not employ it in analysis because they don't understand how to use it to find suitable entry and exit points. However, some traders have developed mastery of Elliott waves and use them profitably.

It is advisable to incorporate technical tools to help you identify the Elliott wave to ease the trading experience.